When Bedbugs Bite: A Case Study on a Severe Infestation 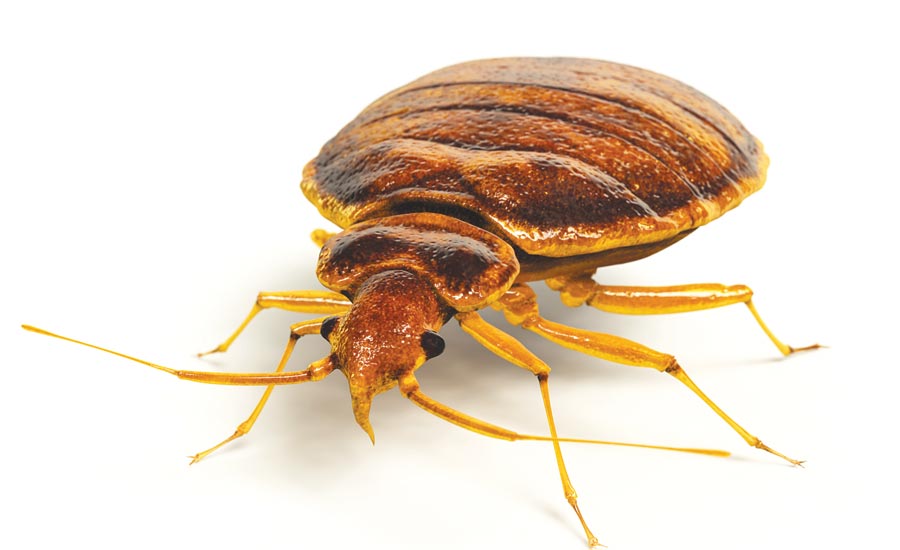 We have attempted to learn all we can about the bedbug in this office. It is a creature that has evolved over recent years into a frightening species that has spread to epidemic proportions. Most people will hedge when we ask about the size of the problem in their homes and say that they have only seen a few bugs, or they have only been found in one room. More often than not, the problem is much worse than they indicated. Once we have asked enough questions to determine the severity of the infestation, we offer different protocols of advice. Our advice has ranged from spraying a couch on your own to “call in a pest control operator now!”

The case we will speak about involves the “Jones” family. This was your average middle-income family in the Northeast who had called us about two years ago regarding a problem in their home that involved bites on one of their children. We asked if they had seen any particular insects like ants, fleas, or lice. They replied they had not, but were able to text us pictures of the bites on their daughter’s arm. The bites in the picture looked like the same examples we had seen from several photos in various publications and articles that discussed bedbugs. We suggested the bites could have come from bedbugs and were immediately told that was impossible. And the phone call came to an abrupt end.

I’m guessing it was about two weeks later another Jones family member called back and said they believed the infestation. They were experiencing much worse than they previously thought and they were now sure it was bedbugs. As they described the battle zone, it turned out that all three bedrooms had evidence of bedbugs with the original victim’s bedroom the worst. Two of the other kids bitten as well and showed signs of bites and rashes. Interestingly, the fourth child had no bites.

By asking enough questions, we were able to figure out how this all began. It turned out the first daughter who was bitten been in Europe for one semester of college. We discussed that the bedbugs could introduce to their home via her luggage when she returned and started a colony somewhere in the house. Based on the number of rooms involved, we suggested they bring in professionals for an evaluation.

The Joneses visited by technicians from the local office of a national chain who thoroughly went through the entire home. They first went to the bedroom of the original child who bites. Upon inspecting the bed, they were astonished to find dozens – perhaps even hundreds – of bedbugs between the mattress and the box-spring. The image to the right is of that mattress.

Bedbugs do not nest; they congregate in places like this to hide, breed, and defecate. From the corner spreading down, you can see a large spreading mass, with some darker spots within it and others around it. The blotch itself is bedbug feces, which is then digested blood of the “host” victims. The solid darker spots are the adult bedbugs themselves. The lighter spots are also bedbug feces. If this infestation left unchecked, the bottom of this box-spring would continue to become more discolored and darkened. The bedbugs will breed and feed continuously until they are eradicated or the food source has been removed.

Once the food source or host has left the bed or been relocated, the bedbugs can survive a long while without a blood meal. Chances are they will stay at this harborage, but migrate in search of more victims or hosts. They will be attracted to the CO2 exhaled from sleeping victims, as well as their body warmth. It is also possible that their harborages are not necessarily close to the host. They could also be congregating in a closet or a crevice behind overhead molding, or any myriad of possibilities.

The pest control techs determined that in this case, the infestation was confined to the second floor where the bedrooms were located. The bedding was replaced in all bedrooms. A spray specifically designed to kill bedbug colonies was used on the remaining furniture after a thorough vacuuming. As a precaution in case, any more bedbugs or eggs were present.

In situations like this, it is wise to be sure the product you choose to help with the bedbug remediation has no residual qualities. So it is safe to use around children and pets. A more residual product could be used on other key surfaces. Pest control operators returned a week later to spray the new bedding and furniture with the non-residual product again in case any bedbug eggs went unnoticed and had since hatched or were active.

We did hear back from this family after several months and the story apparently had a happy ending. No bedbug activity was observed, and the pest control company left behind a bottle of the non-residual product for the family to use just in case. Although it doesn’t sound like it was ever needed.

What you just read constitutes successful remediation, as well as one that was solved and treated fairly easily. We have heard stories over the years of complete home infestations. That could arrest if the occupants had reacted more quickly and called in professionals at the outset of the problem.

In this day and age, anyone can come home with unwanted “travelers.” They can pick up in buses, taxis, at the movies, or in the library. Restoration companies can easily offer remediation services. Just like pest control operators, as a way to expand the services they offer and in turn increase cash flow!