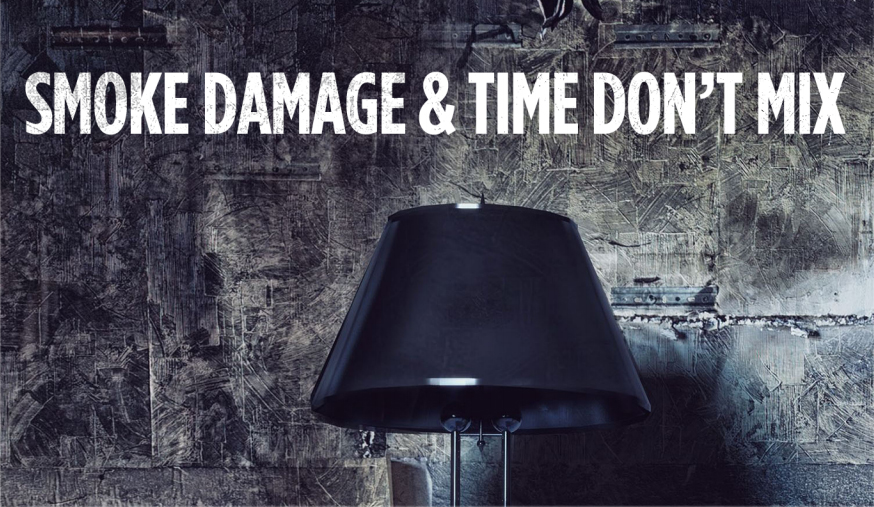 We wrote earlier about time being a major factor in mitigating costs on fire and smoke assignment. But on occasion, we have been called in on a project weeks after the event occurred.

Sometimes even after a homeowner or property manager has made a valiant attempt to remediate the smoke and soot damage himself (herself). It is then that the carriers and owners are faced with the fact that the costs for restoration are astronomical.

By that time carpets often need to be replaced (that could have saved weeks earlier). Glass, crystal, and fine China have become “dulled” (etched) by soot, ash, water, and the pieces can no longer be restored (just cleaned).

Ash mixed with water is acidic and it will be given time, destroy many household items (or at least diminish their value dramatically).

It is rare that a content valet will even attempt to restore electronics that have exposed to the water from fire hoses. And the ash from the initial blaze weeks after the fire – it is simply too late.

Amateurs might waste your time and funds on such losses. Professionals won’t – they know that when the cost of restoring an item exceeds the cost of replacing it outright. It is often time to move on to items that can be saved.

Even when a wildfire has approached a home and been turned away. The ash and the massive amounts of water used to put it out will penetrate nearby homes. And precious days may be lost because the owners not allowed to return home.

When they do, they must move quickly to have the contents pros restore their valued items. Before the acids have a chance to do more damage.

The best test? If their homes or offices smell like smoke, there are smoke particulates in the wood, books, papers, cloth, carpets, and every nook and cranny. It has to removed as quickly as is humanly possible.

Not in weeks, but in days (or hours) – or the cost will increase geometrically.

Is it safe to stay in a house with smoke damage?