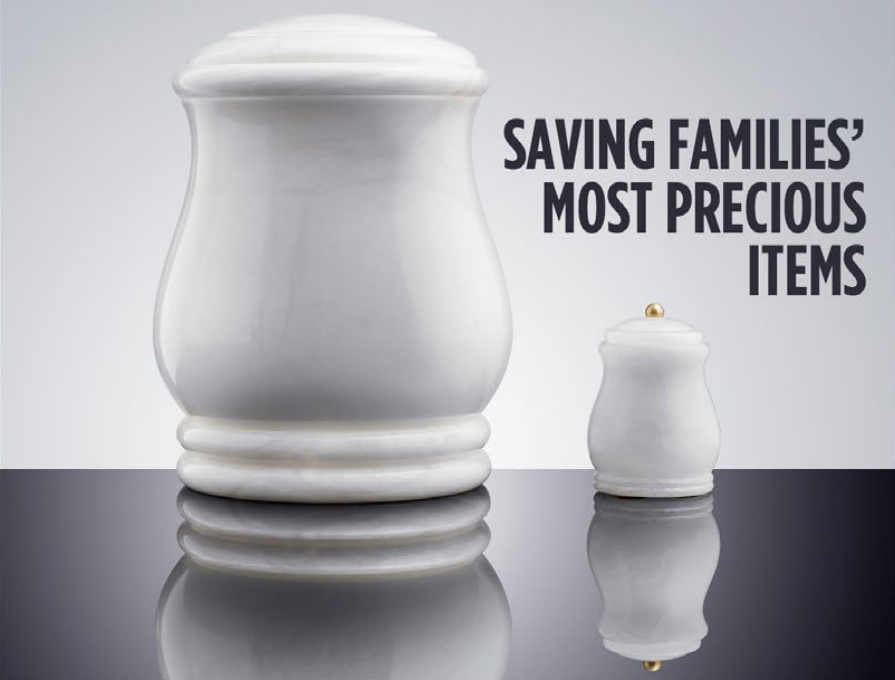 You may have seen the headline, “Mortuary gives wrong ashes to family — who then scatter them.” and, “Family receives wrong ashes for cremated mother.” That one was from a family whose mother had asked that her ashes be spread on the ocean. WMC Channel 5 reported, “The family had been planning a cruise to fulfill those wishes, until Noel’s daughter opened the urn for the first time and found a tag with someone else’s information inside.”

And the one that made the national news was, “Family Wins $3.5 Million Settlement from Funeral Home in Ashes Mix-Up.”

These captions were all born out of “accidents” and incompetence by the various mortuaries.

It was a crematorium’s worst nightmare and it was about to happen again. There had been a fire and the building was declared a total loss. The flames had not reached any human remains, but water from the firefighter’s hoses had saturated the boxes in which ashes had been stored.

The contents team was faced with two challenges – protect the “cremains” and re-catalog the identification documents before they were permanently degraded.

The structural workers started cleaning and demolishing what was left of the building, while the contents valet scanned contaminated documents and stored them in a digital format. Then transferred all the ashes into new boxes.

Not one person’s remains were lost and now there was a digital record of all the individual’s location. When concerned family members contacted the funeral director, she was able to assure them that their loved ones’ ashes were still intact.