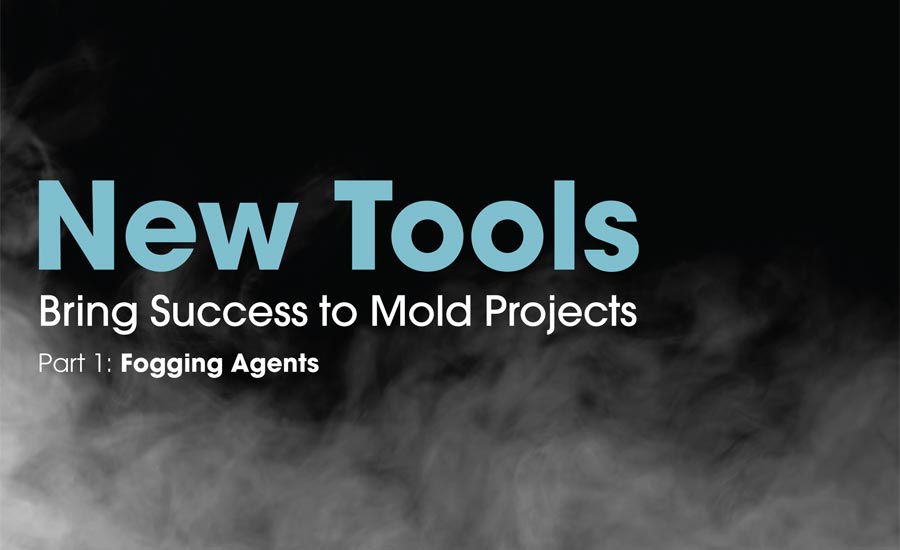 Article written by Michael A. Pinto

As a professional who has been involved in the mold remediation industry ever since it emerged from the shadows of the more general concept of an indoor air quality problem, I find it fascinating to see how much the science and practice of fungal control continues to change. While many restoration and cleaning contractors have the mistaken idea that the “mold hysteria” has peaked, the reality is the industry is in a continuous development stage. Anyone who thinks there is nothing new in the mold field should sit in on one of the weekly teleconference discussions among the professionals who are working on the fourth edition of the IICRC’s S520 Standard for Professional Mold Remediation. The debate and discussion are just as vigorous and enlightening as it was when I served on the committee to produce the inaugural edition in 2001 and 2002.

Whether it is the contractors who are trying to hold themselves to better standards of remediation effectiveness or an outside entity on behalf of the building owner, there is clearly a push for mold remediation work to produce an exceptionally clean environment. This impetus toward cleaner environments is impacting each of the primary parts of the mold remediation effort, cleaning inside a Condition 31 isolated work area, and cleaning adjacent Condition 21 parts of the structure.

In order to meet ever more stringent standards, mold remediation contractors have migrated technology developed for other industries toward their own uses. While some technology transfers sound good but fail miserably in the real world, two that have shown to be exceptionally useful are disposable microfiber cloths and specialty fogging solutions. Interestingly, these two adjustments work together as fogging helps to remove small particles from the air, and microfiber cloths remove the particles from surfaces.

Most mold remediation projects involving the removal of visible fungal contamination conducted inside an isolated work area. In order to prevent some of the airborne contamination that is a necessary byproduct of the physical removal from migrating to adjacent spaces. The standard of care encourages contractors to create negative pressure inside the work area. A situation is set up where slightly more air removed from the work area than is allowed to enter. This is typically done with one or more air filtration devices (AFD) equipped with HEPA filters. The AFDs are exhausted outside the work area and the restriction on the makeup air entering the remediation zone. Creates a slight negative pressure that minimizes the migration of spores and other small particles into the un-impacted rooms.

Negative pressure is a critical engineering control used during a controlled removal and initial cleaning of the sources of fungal contamination. However, many contractors have found that maintaining negative pressure for the final cleaning and testing is not the most beneficial approach because of two specific complications. By design, negative pressure brings in the air from outside the work area. There are a great many projects where adjacent spaces are not included in the work scope, even if they are considered to be Condition 2. Therefore, using negative pressure at the end of the project often results in pulling air into the work area. That is dirtier than the contractor has achieved inside. In addition, negative air setups often result in airflow patterns which result in dead spaces as well as the inefficient capture of small particles.

These realities have led to many restoration contractors switching from negative pressure at the end of the mold remediation project (after the demolition and initial cleaning are completed) to air scrubbing. This term refers to a work area where an air filtration device allowed to operate inside the work zone without exhausting the isolation barriers outside. The setup does not produce negative pressure but does allow the air in the work area to cycle through the filtration mechanisms multiple times in an effort to reduce the particulate levels.

A method to enhance air scrubbing is to incorporate fogging. By adding microdroplets of liquid to the air, it forces the smallest dust particles to coalesce into larger bits. Also, by increasing particle size (and weight), the airborne material is more likely to either settle out or move toward the air scrubber. There is an extensive history of fogging for particle control in both outdoor and indoor activities. Some of the more common uses of water sprays, mists, or fog for dust control include:

As with dust in general, there is quite a science to fogging. Indeed, scientists have identified four different characteristics of the fogging process that determine its effectiveness in controlling airborne particles:

When using fogging to assist with particle control. The first concern to get the droplets of the material being fogged to the proper size. While large droplets will collide and combine with bigger dust particles in the air (larger than 10 microns). Forcing them to settle quickly is not as effective with smaller particles. The small, light particles move with the air and actually bypass the larger droplets as illustrated in the following diagram. In a general sense, droplet size needs to be similar, or smaller, than the particles that are being removed from the air.

Generally, restoration contractors and cleaning companies utilize thermal foggers or ultralow volume (ULV) foggers (as shown in the photo). To produce a dust-cleansing fog that has droplets of the proper size. The ULV foggers use special air-atomizing nozzles that can be adjusted to produce a wet fog with larger droplets. Or a very dry fog with tiny droplets to agglomerate and remove airborne dust particles. With such devices, the dry fog setting tends to produce droplets in the 1 to 10-micron size. Which is even effective for removing the very small dust particles from the air2.

Although many factors impact the ability of droplets to disperse. The primary determinant as to how well fog droplets spread into an area is whether uniform droplet sizes are created. Ultralow volume foggers are fairly good at creating droplets in a relatively small size range. However, sprayers or foggers that utilize tips employing ionized or ultrasonic technology can create droplets in an even smaller size range. Which allows them to disperse farther into the room air. Several manufacturers have brought this sort of technology to the restoration industry3.

Many dust particles have an electrical charge associated with them which is a result of their composition. Or the fact that they picked up an “induced charge” bypassing near a charged surface. Indoors, this induced charge of dust particles most typically comes from an electronic appliance such as a television or computer. Since some small particles can have a negative charge and others can have a positive charge. Creating fog droplets that have both negative and positive electrical charges helps to cleanse the air. As the dust particles and water droplets follow the maxim that “opposites attract.”

The term “droplet cling” refers both to the solubility of the drops as well as the electrostatic charge. Generally, chemicals known as surfactants are added to water to improve the ability of the foggers. To create smaller droplets and result in droplets that are more easily soluble. Choosing different additive materials can also result in small droplets. That have a particular electrostatic charge depending on the chemical makeup of the surfactants that are added. These molecular electrical forces (officially referred to as van der Waals forces. Named after Dutch scientist Johannes Diderik van der Waals). Also, comes into play when trying to remove small dust and mold particles from surfaces. Surprisingly, the attractive forces of the smallest particles are proportionally so great. That even cleaning with industrial style HEPA-filtered vacuums may not be enough to remove them.

Realizing that such materials may be left behind after extensive vacuuming efforts only to be picked up by a tape sample. And set off a new round of cleaning has led many organizations. To switch to a final cleaning step with microfiber cloths rather than HEPA vacuums. We will be talking about the microfiber cloth cleaning in part two of this series in October.