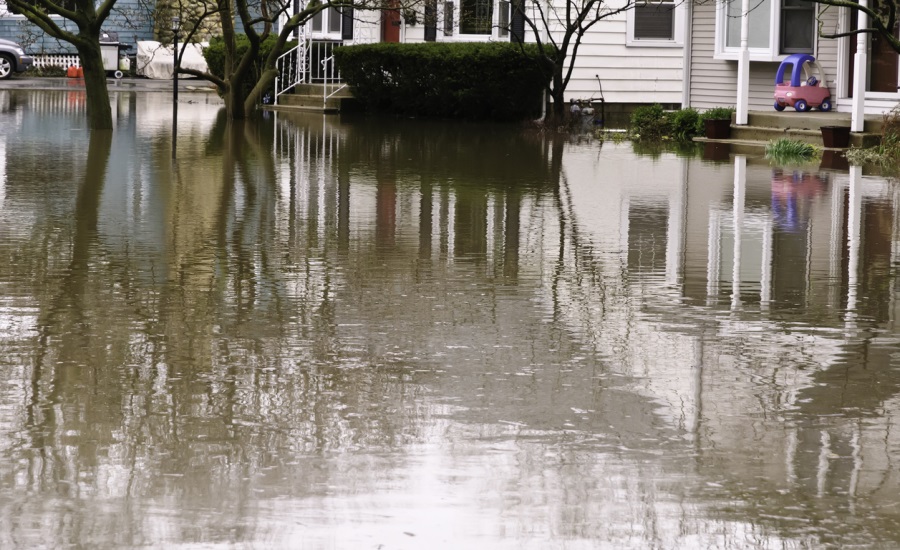 It seems like yesterday, but it was 1979. I was a college student and given the opportunity to work as an adjuster (I had to ask my buddy exactly what “an adjuster” was) estimating claims for an adjusting company handling flood claims for the National Flood Insurance Program.

Back in those days, only the federal government wrote flood insurance through the National Flood Insurance Program or NFIP. However, in 1983 the Federal Emergency Management Agency (FEMA), the administrators of the NFIP, created the “WYO” or Write-Your-Own program allowing private insurers to sell flood insurance. And adjust (estimate) the flood claims arising out of the policies they sold under their brand. The government was (and still is for the most part) the “bank” and pays all claims sold by the WYO insurers.

The Federal Emergency Management Agency, or FEMA, a branch of the Department of Homeland Security (DHS), remains the governing body. The NFIP administers the day-to-day operations of the flood program and provides adjusters (estimators) with the dos and don’ts as to what should and should not be paid for in the event of a flood claim. Complicating the landscape, even more, FEMA and the NFIP allow the WYO insurance companies to estimate their flood claims. As they deem appropriate for their policyholder and their brand.

Back in the 1970s and early 1980s (the “Wild, Wild West” of the flood program as I like to refer to them) adjusters wrote estimates by hand and there wasn’t as much control and oversight over their content as there is today. Technology has caught up with the NFIP and the flood program’s estimates of today have little in common with those of years past.

We could spend an entire day-long class in the art of writing flood estimates for the NFIP and WYO companies. The information provided here will provide some of the basics needed to prepare flood estimates in a proper and acceptable format for flood adjusters and the federal auditors who review NFIP claims.

All NFIP flood estimates must be written on a room-by-room basis. Each room or area must be individually named with a complete list of all measurements for that room or area. Drawings or sketches including measurements are great but the NFIP requires these measurements to be shown right on the estimate.

Rooms and areas should ‘scoped’ in some logical order. A telltale sign of many poorly written estimates is when the estimator, for whatever reason. Starts at one end of a building and then skips from room to room in random order.

We suggest when preparing flood damage estimates, scope rooms/areas either in a clockwise or counterclockwise manner. So it is easier for someone to follow along and virtually or actually “walk through” the house while reading the estimate.

The adjuster has the added responsibility to consider any depreciation which may apply to the line item materials, but that is not a concern of the contractor or repair valet.

Line Items should appear in each room or area in the same order throughout the estimate. This makes the estimate easier to read for all parties and reduces the risk that a line item may be left out.

Since we are preparing a flood estimate (groundwater), it is always recommended the estimator start with flooring-related items. And scope their way up the walls and finally to the ceiling (if affected by the floodwaters). Estimates, where the preparer may have started with the wall repairs. Then to a few floor repairs and then back to a wall item, will be looked upon by the adjuster as unprofessional. The adjuster may request the items be re-ordered to be consistent with the adjuster’s estimate. It is good practice to keep estimate line item order consistent both in their order of appearance in a room/area as well as where the item is physically located in that room or area.

Today’s leading computer estimating systems detail estimate line items for the estimator automatically. However, estimators should always review how the estimate’s line items displayed to ensure consistency and professional appearance. If there are line items that contain multiple operations within them (i.e. assembly type line items), additional notes added to further explain the repair to the adjuster.

After all rooms, areas, and their corresponding line items entered, each estimate should end with a Summary or Totals page. This page should display any contractor overhead and profit fees, sales tax. And any other cost information which would apply to the whole estimate. The last line of the summary/totals page should the total cost of the restoration work. The adjuster will take care of any flood insurance policy limitations deductibles in his or her estimate.

The National Flood Insurance Program is a government agency. The money disbursed in paying policyholders’ claims considered U.S. Treasury dollars and taken very seriously by the feds. Although the NFIP wants all policyholders treated fairly and to have a positive “customer experience”. The government auditors examine these estimates. Sometimes months or years after an event, take a sharp pencil when performing their reviews.  Adjusters submitting their estimates take exceptional care as to how the final estimate is presented in the closing documents of the flood claim. It is for this reason adjusters may ask the contractor to be more detailed in their scope of loss. Then they might be in a typical homeowner’s water claim estimate.

The following are some things to consider when preparing flood estimates which may differ from preparing other types of water-related appraisals.  Adjusters are the persons ultimately responsible for adhering to NFIP policy coverages, limitations, and exclusions. Some estimators reading this article may feel uncomfortable following these recommendations. We offer them only as items to consider when preparing estimates for the flood adjuster.

All Flood Waters Considered Toxic – The NFIP considers all groundwater floods as toxic (i.e. Black/Level III) water. Any mold found in a flooded building should remove.  The flood adjuster will not consider any remediation measures short of complete removal. All porous materials such as plywood, drywall, or carpeting should also be replaced. Remember, floodwaters are groundwaters and contain all types of bacteria and fecal matter brought into the building from surrounding areas. Estimates containing attempts to clean and restore these items will probably not be acceptable to the NFIP adjuster without detailed explanations as to why these items are salvageable. If the estimate includes any remediation or repair type items, detail the reasoning behind their inclusion in the estimate.

Consider Only Direct Physical Damages – NFIP adjuster guidelines dictate only direct physical damages caused by floodwaters may be included in flood estimates. Adjusters instructed by the NFIP only to include items “touched” by floodwaters. This fact affects what adjusters can include in their estimates. NFIP will not allow its adjusters to match the upper cabinets, which not damaged by the water, with the lower cabinets which were in floodwater.

Another example would be ceilings. NFIP will not consider ceiling repairs, even cleaning or painting, unless the water physically affected the ceiling. Although, there are some situations (usually in major flooding events when repairs cannot begin for weeks or months) where “non-touched” items may be included in a flood estimate. In general, when preparing flood estimates carefully consider if the line item being considers directly affected by the floodwater. The bottom line with this consideration – if you are not sure, check with the adjuster.

Consider Removing All Openings from Area Calculations – This includes all doors, windows, wall openings of any kind. It also includes items such as cabinets, vanities, and other wall and floor type items which could be subtracted from an area’s total wall and/or floor quantities. The NFIP does allow for additional cutting, taping, and masking around these types of items. These additional operations should be detailed in the estimate for them to be considered by the adjuster.

Flooding is one of the most devastating forms of natural disasters a community can experience. The NFIP and WYO programs are in place today to lessen the financial and emotional blows to those communities. The ultimate objective of the NFIP is to return victims of flood and their communities back to normal as quickly as possible.

To the insurance savvy restoration contractor. The National Flood Insurance Program may, at times, seem more like a “program” rather than “insurance”. If the professional restoration contractor has some basic knowledge of how the NFIP functions. And what it requires to write solid flood estimates, that contractor can be a great asset to the flood adjuster.

The sooner the restoration and insurance adjusting professionals can agree on the scope of the damages (considering the guidelines of the NFIP or WYO insurance company). The sooner homeowners receive payment for their damages. And the affected communities can restore to normalcy “as if it never happened.”