Increasing Dangers of Illicit Fentanyl Labs in the U.S. 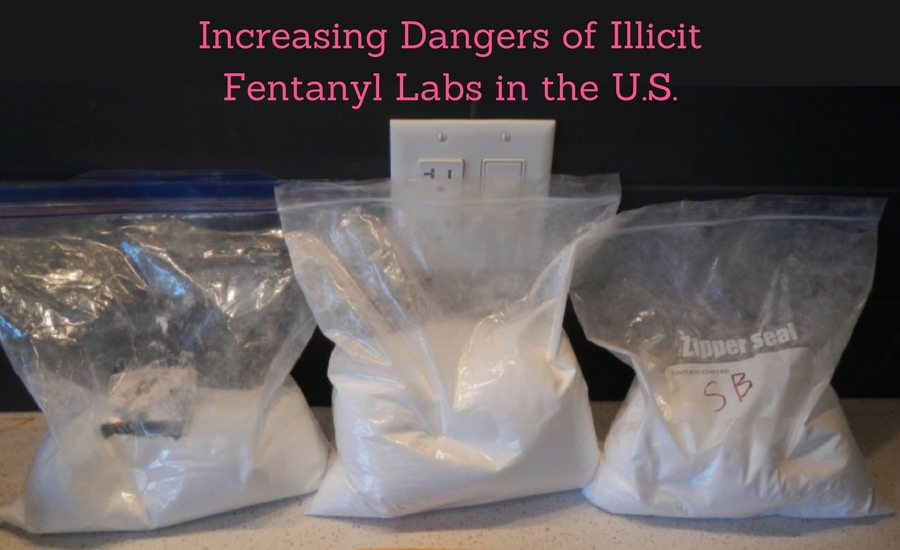 As far as the general public was concerned, most people had never heard of the drug fentanyl until iconic musician Prince died in 2016. The comprehensive autopsy performed on Prince revealed that he died from a fentanyl overdose. When the circumstances surrounding Prince’s death began making headlines, a majority of people in the general public learned about fentanyl for the first time.

Prince is not the only famous individual who has overdosed on fentanyl. Although not all celebrities have met their ultimate demise with this drug, many have caused themselves significant harm in abusing it or using it illegally.

The reality is that illegal fentanyl use is a major problem in the United States, and around the world. Because of the demand for fentanyl, illicit fentanyl labs are springing up around the country. These labs are proving to be highly dangerous, both while in use and after they are abandoned.

The National Institute on Drug Abuse defines fentanyl as being a powerful synthetic opioid analgesic. The drug is similar to morphine and is in the same drug family as heroin. However, fentanyl is up to 100-times more potent than morphine. Fentanyl is upwards to 40-times more powerful than heroin.

Fentanyl is classified as a Schedule II prescription medication. The drug is intended to be used to manage severe pain and is most often appropriately utilized following surgery. In some limited situations, fentanyl is utilized to assist individuals with chronic pain after these individuals have become physically tolerant to other types of opioids.

Medical experts maintain that fentanyl is being over-prescribed at this juncture in time. They maintain that this powerful substance should only be utilized to address pain associated with end of life. Rather, it is being prescribed far more broadly in this day and age.

ILLEGAL USE OF FENTANYL

In addition to the prescribed use of the drug, the illegal use of fentanyl has been on the increase in the past several years. The in increase in the number of people using fentanyl illegally is not expected to abate. In fact, health and law enforcement agencies are united in their concern that the illicit use of fentanyl across the United States will continue apace into the future.

Legally, fentanyl is available by prescription and is sold under product names that include Actiq®, Duragesic®, and Sublimaze®. On the street, fentanyl is known as Apache, China Girl, China White, and Dance Fever. It is also known as Friend, Goodfella, Jackpot, Murder 8, TNT, as well as Tango and Cash.

Illegal fentanyl labs are cropping up all across the United States. Some parts of the country are facing high concentrations of these illicit and dangerous operations.

Illegal fentanyl labs are likely to become more commonplace. As mentioned previously, the demand on the street for illegally manufactured and sold fentanyl is increasing apace.

When a fentanyl lab has operated in a property, the aftereffects are dangerous. Indeed, depending on the circumstances, the remnants left behind in the wake of an illegal fentanyl manufacturing lab can prove fatal.

If the existence of a fentanyl lab is suspected, a property owner or tenant should seek professional assistance promptly. In addition, a person in this position should also contact law enforcement.

A professional hazardous material restoration and remediation professional should be contacted if the remnants of a fentanyl lab are discovered. This step should be taken promptly.

The Kindness of Strangers