Adjusters, Owners and Contents Valet use with New Tech 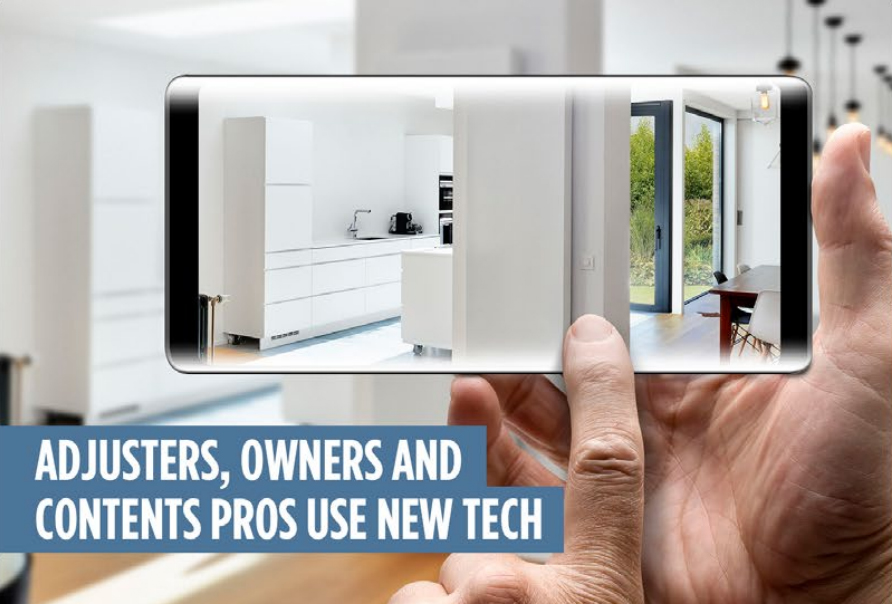 In 2015 a major insurance company found itself on the cover of Fortune Magazine for being one of the first such companies to employ a new technology that enabled a homeowner to communicate directly with adjusters and agents when they had a claim.

It is all done by cell phone and while the homeowner walks through the home pointing a camera at the damages, the adjuster makes notes, zooms in, takes snapshots, etc.

Originally, it was thought that this new tech would allow the adjuster to make an estimate and pay the customer on the spot. But since then they have been examining the possibility of interacting with contractors and to allow the contractors to interact with homeowners or adjusters as well.

One remarkable feature is that the operator can actually draw on the live image (put in circles, arrows, etc. to draw attention to a specific item or damage).

And lately it has become a powerful tool for onsite agents or adjusters to communicate very quickly with their supervisors when a specific challenge arises.

Contents valet are already well trained in taking pictures during a walkthrough, so they are naturals for providing excellent points-of-view to the insurance professionals through the new interface (especially when the owner wants restoration of their contents to take place instead of just replacement).

The apparatus was simplified so that a homeowner could learn how to use it in minutes, and with a contents manager’s input, it has found many uses far beyond simple point and click.

When insurance representatives work with the contents valet using this new system, assignments are resolved much more quickly than with standard forms, photos and morning meetings.